A 4-night zoological expedition sailing through Komodo National Park to learn more about the largest lizard on the planet, the mighty Komodo dragon.

Anchored off the western tip of Flores, Tiger Blue is a traditional Phinisi fit for the modern wildlife explorer, complete with comfortable living quarters and all the adventure gear to aid your mission, including kayaks and scuba gear.

Your host is Jack Randall, Zoologist, founder of Made In The Wild and star of National Geographic’s ‘Out There With Jack Randall’, who will be guiding your wildlife expedition along a bespoke route for a zoological journey of discovery, with Komodo dragons taking centre stage.

Jack is joined by a professional wildlife photographer who will be documenting the expedition for you. A 12-man crew including a fully qualified dive master is on hand to support your explorations on off and below the water. 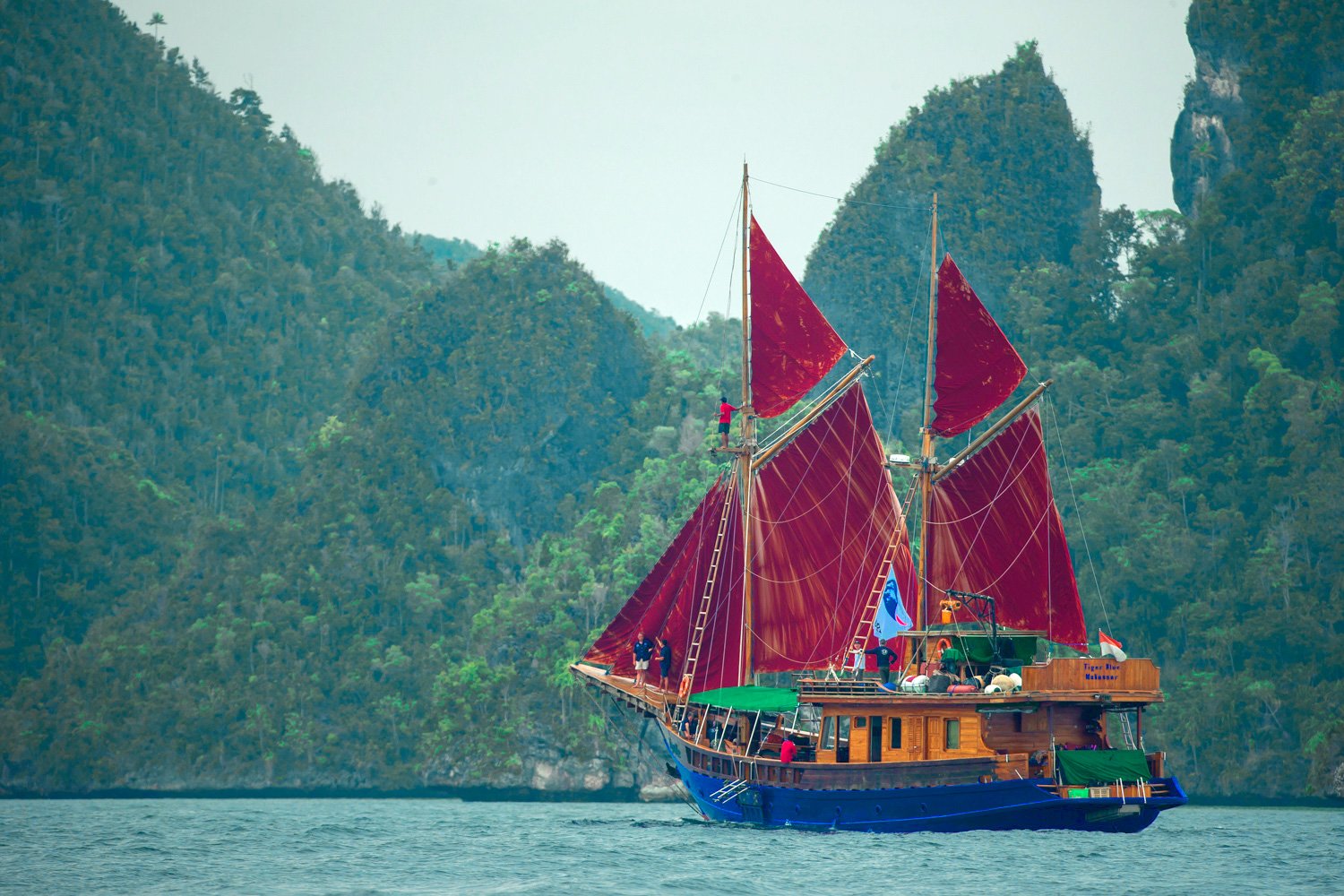 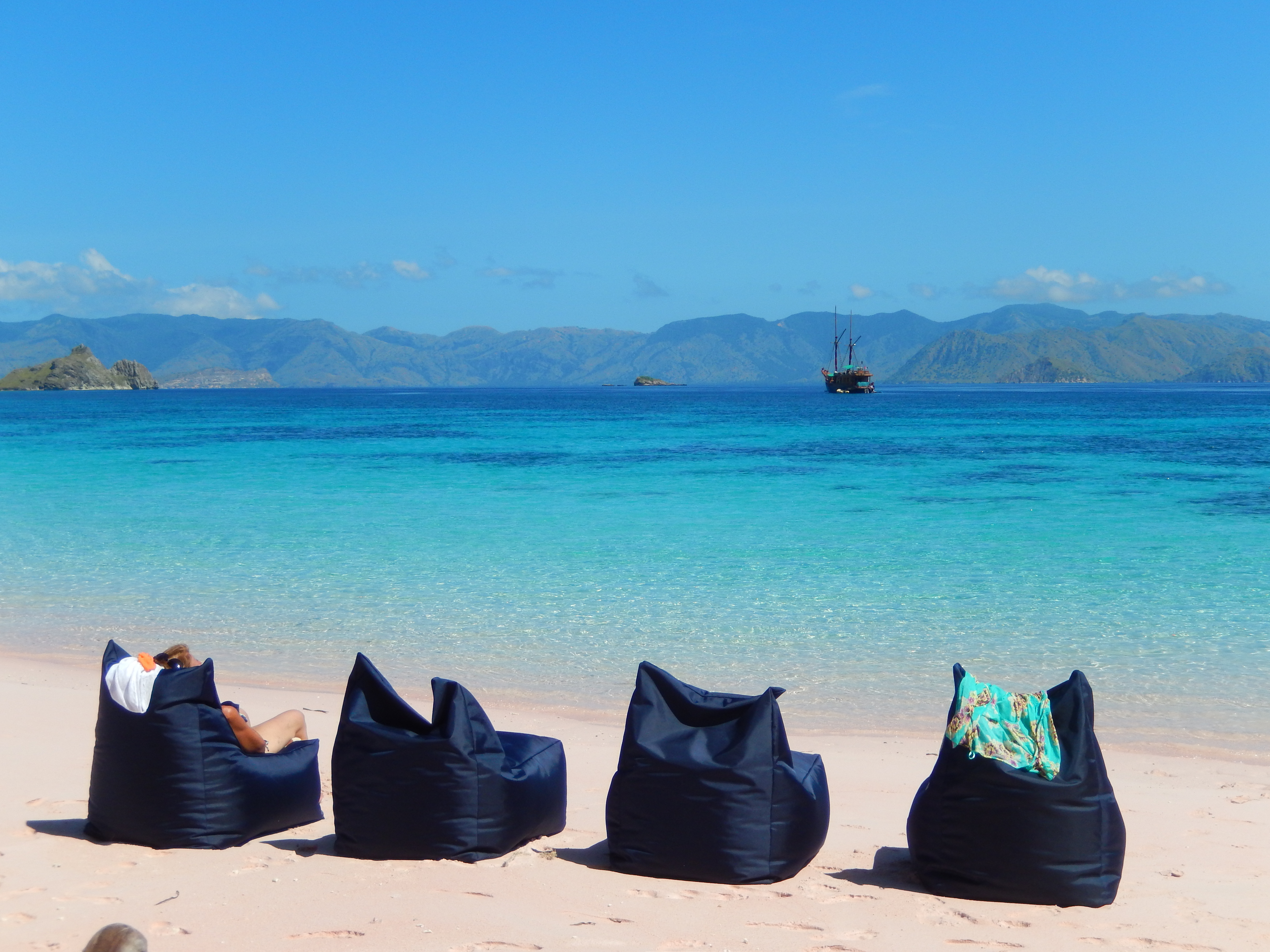 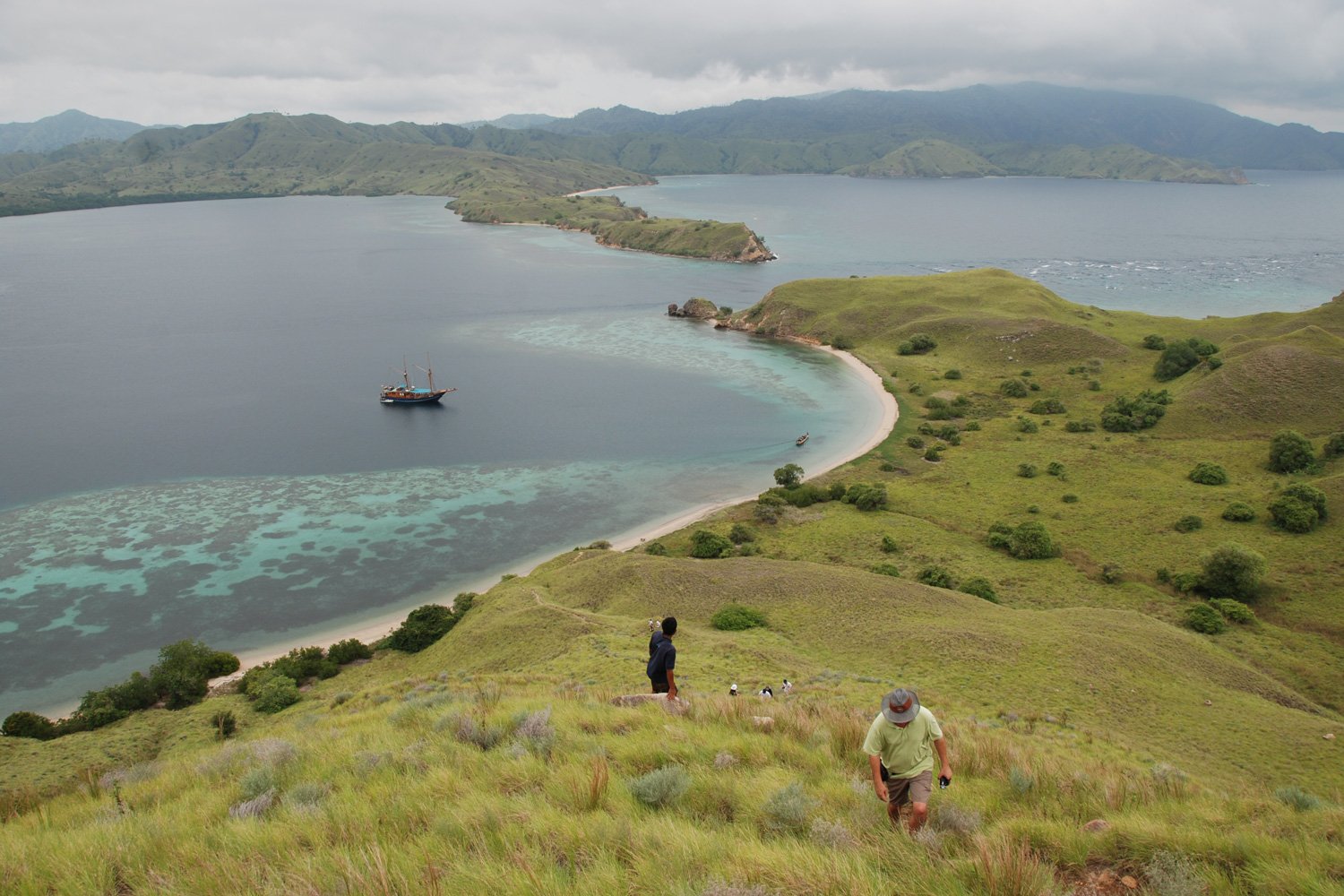 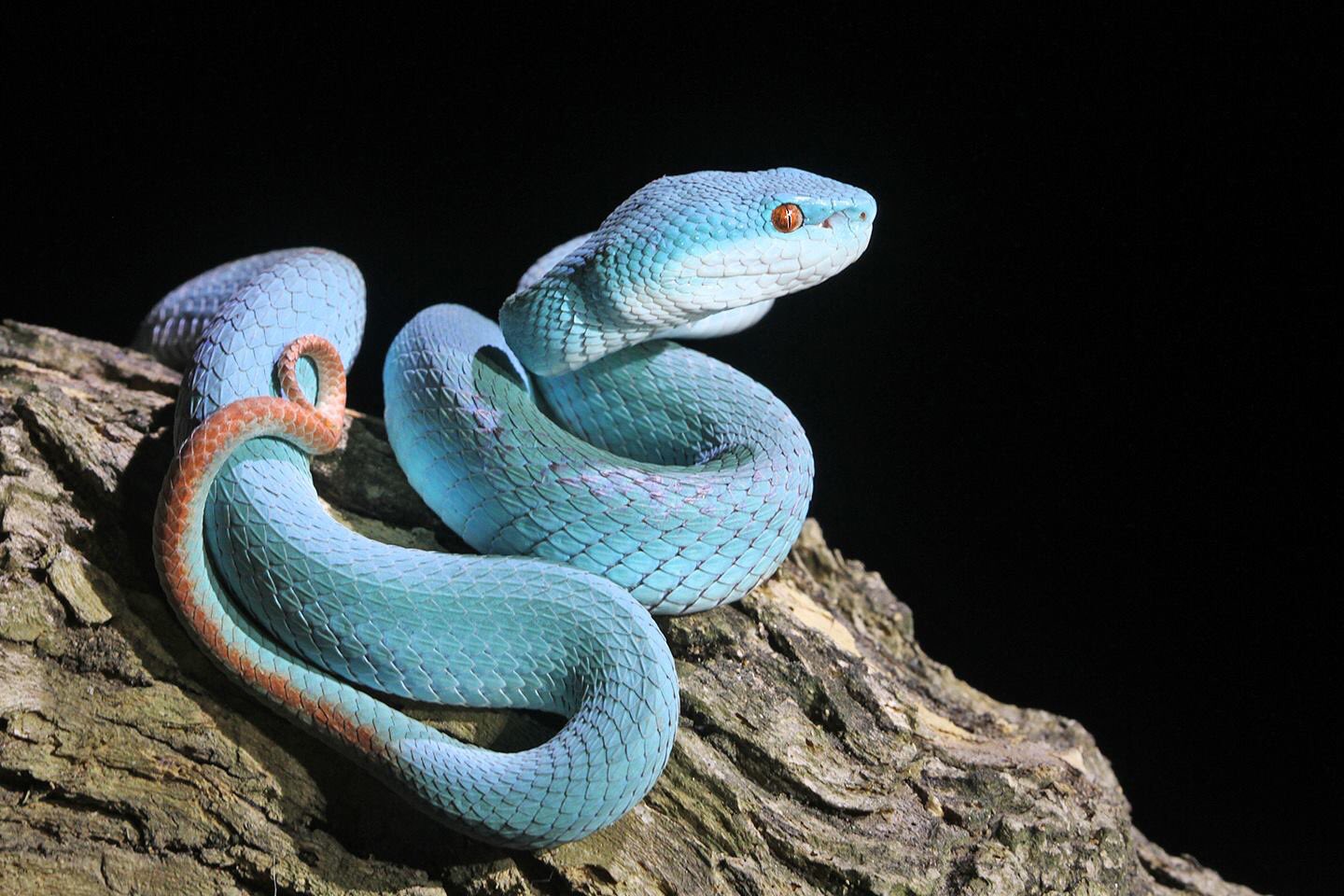 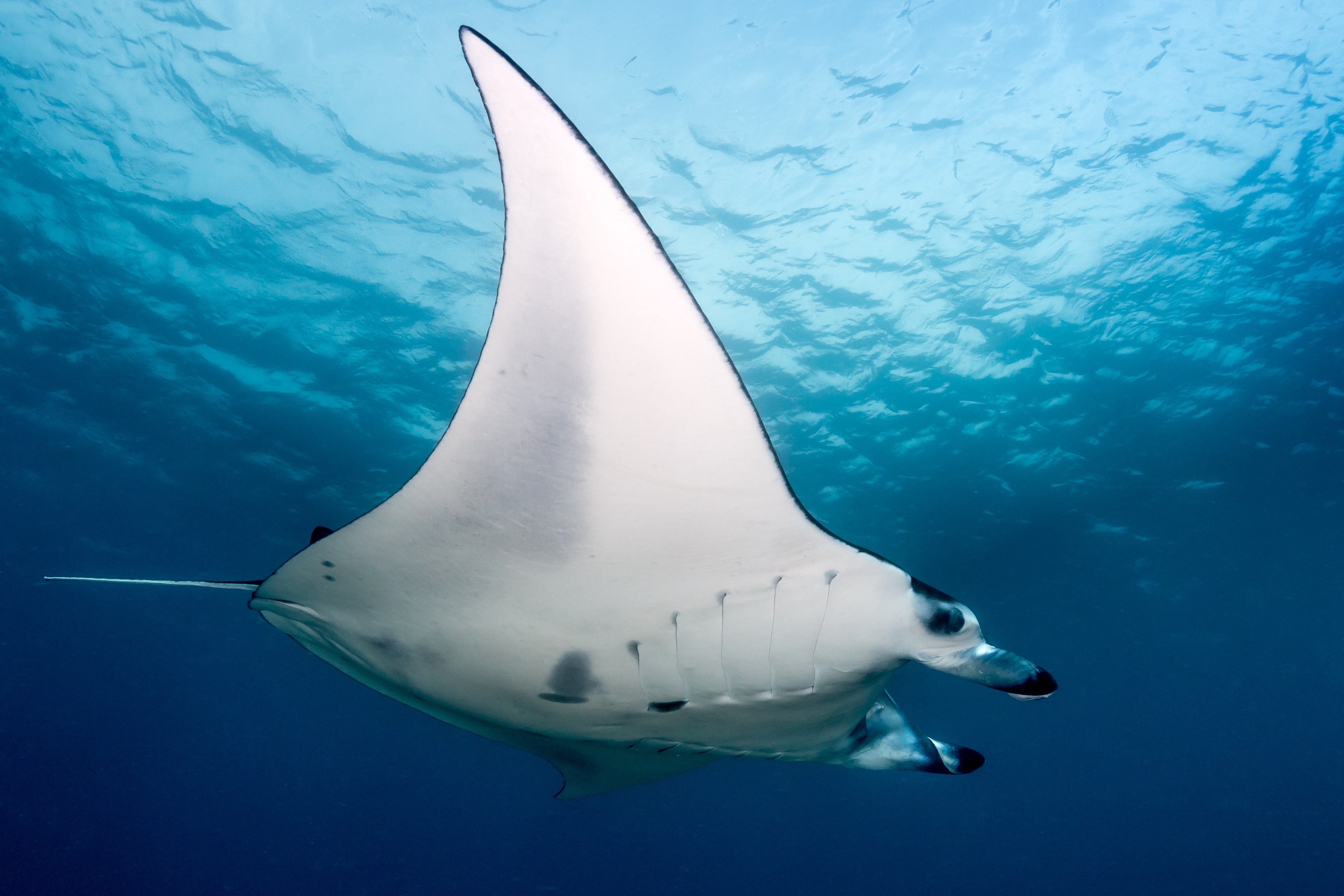 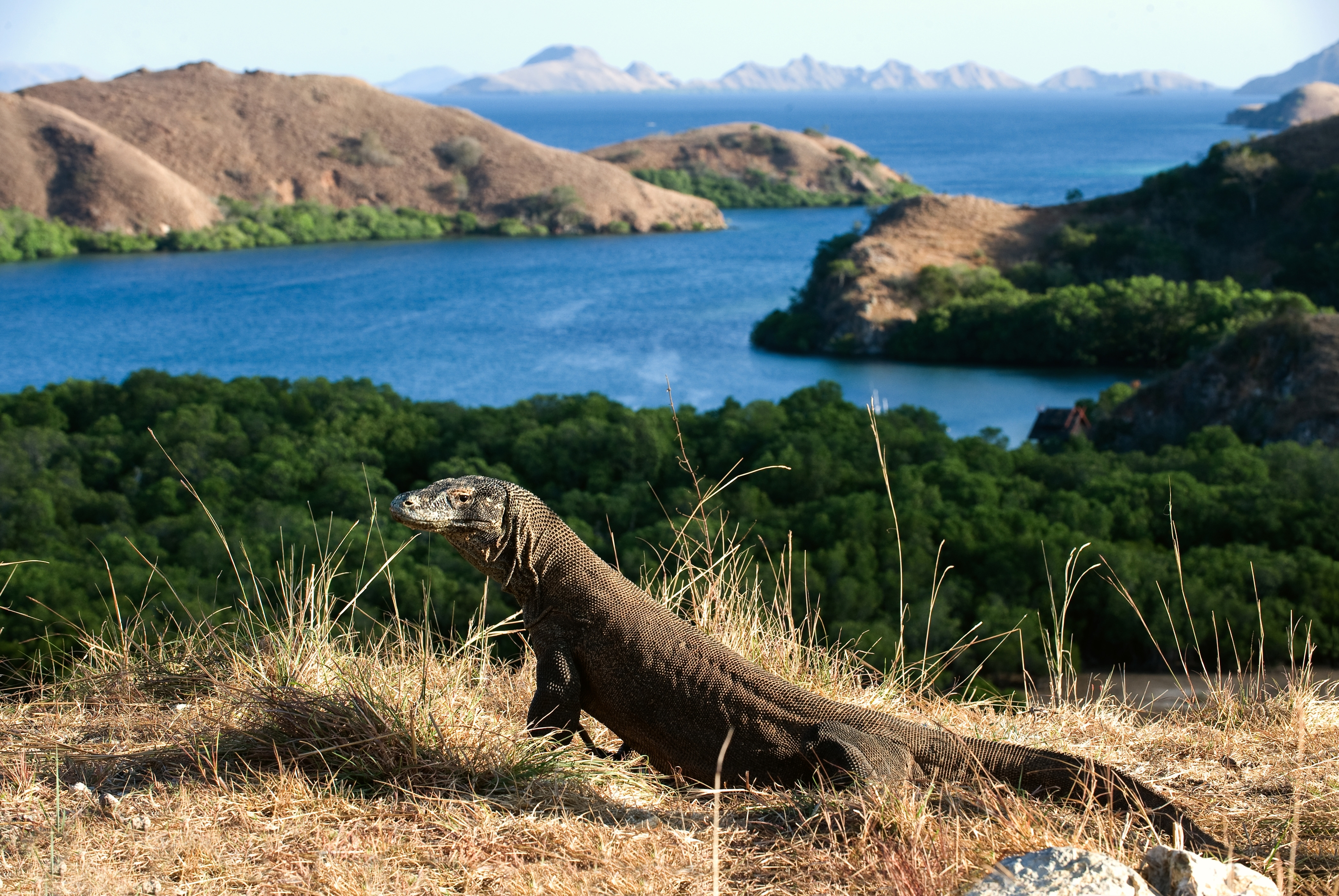 You will be greeted at the dock at Labuan Bajo and taken to Tiger Blue, your home for the next four nights. Moored 20 minutes from the airport, it’s an easy journey by car and tender. Jack will introduce you to the rest of the crew, unfurl the maps and plot the route towards Rinca Island, home of the Komodo dragons.

As we set sail for our first destination, Sabayor Kecil, keep an eye out for dolphins and other cetaceans which love to swim alongside the bow. We’ll stop en route for our first experience on the reef, scuba diving or snorkelling amongst colourful coral and dazzling marine life, keeping an eye out for resident reef sharks. Alternatively, you can enjoy the water from above, kayaking, water-skiing or fishing.

In the evening, before a candlelit dinner on deck, you’ll be briefed on the natural history of Komodo National Park.

At first light, we’ll lift anchor and set sail again. Whilst enjoying a signature Tiger Blue power breakfast you’ll be briefed on the day’s journey, crossing through the shallows at Mauan. Stopping here, you’ll learn about another mighty inhabitant of the National Park, the Oceanic Manta Ray. These giant flying creatures of the sea come here to visit their ‘cleaning stations’, where smaller cleaner fish and shrimp eat nuisance parasites off them, as well as off sharks and turtles.

Fresh from the high of this wildlife spectacle you’ll set your sights on Rinca Island where your Komodo dragon exploration begins. Travelling by kayak, Jack will guide you along the mangroves which line Rinca’s shoreline to learn more about these habitats. Here, in the heat of the day, the dragons may be resting and you’ll have the chance of a first glimpse.

Before sunset, Tiger Blue will drop anchor nearby at Pulau Kalong, also known as Fruit Bat Island, where thousands of flying foxes emerge before dark to forage across the National Park. The perfect setting to end a wildlife-filled day!

It is time to explore the island and search for the Komodo Dragons on foot. An early morning safety briefing will start the day before we take the tenders to the drop-off point on Rinca Island. Here our team will be joined by a local guide, a senior Komodo National Park field ranger, with expert local knowledge of Rinca.

Morning is the perfect time to search for Dragons as the cooler temperatures mean the animals are more active. Travelling on foot through the hilly forests you’ll gain an in- depth understanding of how the dragons have come to shape this landscape as the region’s top predator.

Your expedition will be contributing to a longer-term mission to monitor the island’s population and to learn more about the natural habits of these three-metre-long lizards! All team sightings are incredibly valuable; the location, time, behaviours and photos all recorded. With an (unconfirmed) 1,000 individuals over an area of 78 square miles, finding the dragons in their natural habitat isn’t easy - this is the reality of what it takes to unravel some of the natural mysteries of this endangered species.

An early evening dinner on Rinca with our Park Ranger in his local community will give you an insight into what it’s like to live alongside the dragons. As the night begins to draw in and the Komodo dragons go to sleep, the nocturnal animals of the island come to life. It’s time to put the headtorches on and go for a night-time spotlighting mission for the dragons in their sleeping sites and to keep an eye out for our target species of the night, the White Lipped Pit Viper.

By now you’ ll have explored for two days and across two field sites on Rinca but there’s still plenty of time to experience some unforgettable wildlife moments and discoveries. No two wildlife expeditions are ever the same and quite often it is the very last moment of a trip that brings something spectacular – perhaps a new species, such as a Timor Python, to tick off the target list or a new dragon behaviour to record.

Departing Rinca after lunch, we’ll head to the world-famous Pink Beach with a chance for one last dive on the reef. A celebratory dinner on board will be filled with music and story-telling with new friends. The starry nights are truly spectacular here and you might even choose to sleep out on deck.

After your final breakfast on board Tiger Blue, it’s time to say goodbye and continue your adventures in Indonesia and beyond.

Tiger Blue can accommodate up to 12 guests with a choice of 3 cabin types.
All of our 5 cabins are fully air-conditioned and have en-suite facilities designed with families and different age groups in mind.

Sleeps up to 2 guests.

Sleeps up to 3 guests.

Sleeps up to 2 guests.
Option for 3rd person under 18

Thank you! Your submission has been received!
Oops! Something went wrong while submitting the form.